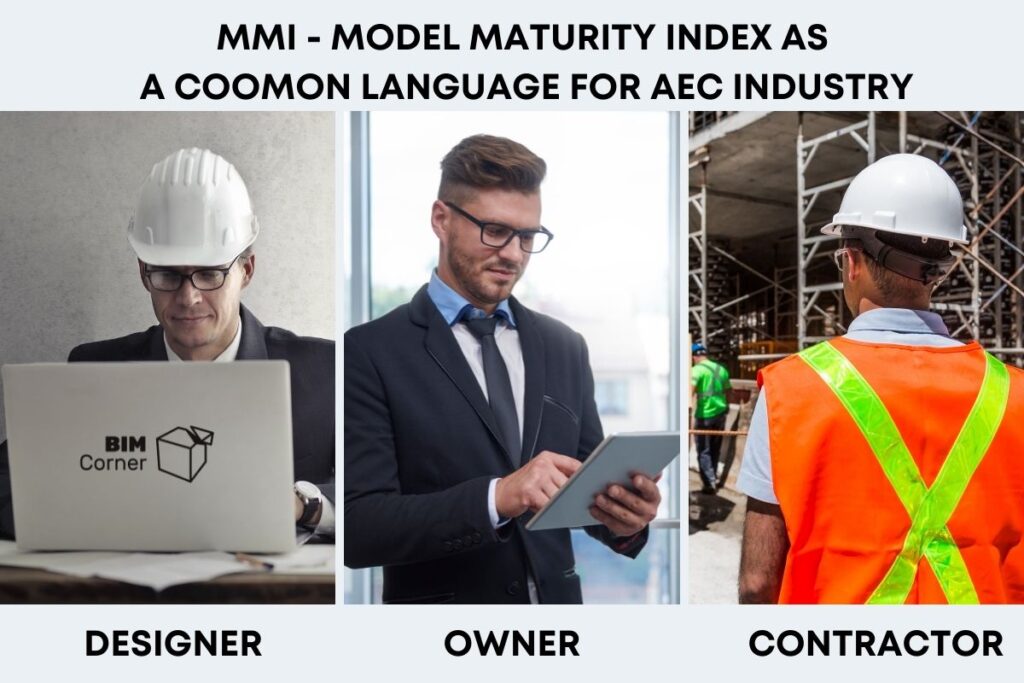 What is MMI – Model Maturity Index?

Do you know what is MMI? Are you wondering how you can determine the level of detail and the maturity of your BIM project? Do you know how you can control the schedule? Have you heard that in Norway more and more construction contracts are carried out using the formula “design and build”, where design and construction take place simultaneously?

In today’s article, I would like to introduce you to how you can control the delivery of digital documentation in design-build investments. I will also try to explain how communication between the contracting authority, designer and contractor can be improved.

This article is the first part of an article about MMI.
In the next part, I will introduce you to the practical use of MMI.

I invite you to read.

This article is the first part of an article about MMI.  In the next part, I will introduce you to the practical use of MMI.

MMI as an alternative to LOD

MMI is an acronym for Model Maturity Index. In short, it is a BIM maturity assessment system (classification). The classification is inspired by the LoD (Level of Development / Level of Detail) system. The first version of the system was described in 2017 by Gustavo Garcia as part of a master’s thesis in cooperation with the Construction Industry Institute (CII). Work available here: LINK

In Norway, this classification has become an industry standard. So far, two studies describing this topic in more detail have been presented. The first version of the guidelines, which is intended for vertical structures, was made public in 2018 (Guidelines 1). The organizations responsible for the final form of the document were the following: Bygg og Anlegg (EBA), Rådgivende Ingeniørers Forening (RIF), Arkitektbedriftene.

The second study is tailored to the infrastructure industry. The guidelines were issued in 2020 (Guidelines 2). The organizations involved in the production of this document were: Maskinentreprenørenes Forbund (MEF), Bygg og Anlegg (EBA), Rådgivende Ingeniørers Forening (RIF).

MMI is a code system from 100 to 500. It is used to describe the maturity of the BIM model content. The maturity index is understood as the degree of real (actual) advancement and detail of the BIM model at different times of its existence. The content of the model consists of geometry, information and the stage at which the model is in the entire life cycle of the project.

It is worth noting here that the MMI is very closely related to the design process. It facilitates, among others, the determination of milestones in the project. Helps to identify subsequent deliveries of BIM documentation. MMI uses terminology found in the traditional design approach. Examples are the subsequent design stages such as “sketches”, “concept”, “interdisciplinary control” etc.

So MMI organizes and simplifies the processes in the project by standardizing the way of communication. Skillful use of this system contributes to better inter-branch coordination. It gives a better overview of what the various stakeholders involved in the project are working with – both designers and people on the construction site. It reflects the level of advancement of industries, i.e. specific facilities, in a specific area.

MMI as a common language

In the case of a construction contract, where the design is first performed and then the construction based on the model is carried out, the lack of consistency of markings in the design and execution phases is not a major problem. The problem arises in contracts where you design and build your model at the same time. In design (and then) build contracts, the contractor starts construction when the production base is ready. In this context, the finished design documentation is the basis for production. When the production base is designed at the same time as it is being built, the situation becomes more complicated. In such cases, the contractor has access to a central model that presents the actual progress of design and construction works. It can be a challenge to identify which models can serve as the basis for production. The complexity with model-based design and construction is that it is difficult to differentiate the sketch from the production base. It is challenging to understand how advanced the designers are with their models, if the design does not have a system that determines the maturity level of individual models. Thus, there is a need for a common language to communicate the actual maturity of an object, to avoid ambiguity. MMI allows the client, designer and contractor to find themselves in the project.

Difference between LoD and MMI

The abbreviation LOD means both Level of Detail and Level of Development. Double meaning of this acronym in many cases may lead to misinterpretation.

The US American Institute of Architects (AIA) describes the Level of Development classification as follows:

This definition of maturity seemed ambiguous, and there was considerable disagreement as to whether the acronym meant “level of detail” or “level of development.” Here it was necessary to develop a classification that would be able to capture the maturity of the model throughout the project lifecycle. Thus, the MMI describes the maturity of the content of an object. An object may have a high level of detail, which does not automatically mean that it is mature (e.g. that the object is finished in a given phase). MMI and LOD (Level of Development) mean the same to some extent, but MMI focuses more on developing and controlling the design process than on geometric specification.

An example would be the use of predefined BIM objects. BIM objects that come from ready-made BIM libraries are often used in the design process. These objects can be very detailed (have a high LOD level) and may appear to be more mature (or completed) than they really are. Taking into account the design process, the detail of a geometric object does not always reflect the degree of advancement of a given stage of the project.

Another issue is that there is a challenge to determine the advancement level of the BIM models and the drawings that the designer receives as design material after signing the contract. The model may be detailed, but that doesn’t make it final.

For this reason, in a large number of cases, the designer has to start from scratch, not using materials from the previous phase. This situation could be improved if all representatives of the AEC industry were using MMI on a regular basis. MMI clearly indicates in which project maturity phase the model is.

Thus, the level of detail (LoD) can be taken as an input to the object, while the Maturity Index (MMI) as a reliable result.

The essence of using MMI

One of the main applications of MMI is to improve communication between the designer and the contractor in design-build projects.

In addition, the purpose of using MMI in BIM is to:

Depending on the project, the MMI can be assigned to the entire model or to individual objects. The MMI level assigned to the model means that all its objects are equally mature. It may happen that the objects representing the model have different MMI levels. For example, a model of a bridge might have a status of 300 on the foundation slab and 200 on the deck slab. Then a new MMI level for the entire model can be granted once all its elements reach the new MMI level.

Objects created at MMI 100 should be regarded as preliminary sketches. In practice, it means that several solutions are modeled and then analyzed. Solutions can change in a very short time.

A good example of this is having several alternative alignments along with a road corridor. The objects graphically represent the spatial requirements for the selected solution. There are no object information requirements at this stage.

Based on the sketches, the final concept of a given solution is selected.

At the level of the MMI 200, objects are recognized as concepts that are ready for further design.

For example, on the MMI 200 level there may be a designated road corridor (approximate area occupied by the corridor). In theory, it shouldn’t undergo a major change that would affect other industries.

Objects are in the correct location, approximate size and shape. Objects have information about the project, their geographic location. They may also have information that will allow them to create price inquiries and cost analysis.

At the MMI 300 level, facilities are coordinated within their industry. The objects are so mature that it is possible to carry out interdisciplinary control. Objects are the right size, shape, volume and location.
The objects have the information necessary for production.

Between the MMI 350 and MMI 400 models and objects are analyzed by the customer (contractor) in terms of quality, that is, they have the appropriate geometry and information. After verification on site, in the event of any discrepancies or suggestions for changes, feedback is sent to the relevant discipline departments for re-review. Once all feedback has been approved, the object is ready for production, which means it has an MMI 400. The objects are modeled and detailed with the thought of being made. The objects are supplemented with additional information for a specific product as necessary.

Depending on the requirements for as-built documentation, the models are updated in the central model. The objects have real geometry and may have additional information required from the contracting authority regarding the data needed to maintain and manage the facilities.

Depending on the needs of the project, additional MMI values can be inserted between the existing ones. For example, a value of 150 or 250. In addition, in the USA, an additional value of 600 is used, which indicates whether the model is also available in the FM (Facility Management) system.

That is pretty much it for today’s reflections on MMI. In summary, the MMI classification serves as a communication tool throughout the project lifecycle. The use of MMI in the project influences the better management of the design process based on BIM tools. Thanks to MMI, interdisciplinary work is streamlined, and uncertainty about the maturity of objects in the model can be virtually eliminated. Thus, MMI allows both the client, designer and contractor to find their way in the project.

In the next part I will describe the practical use of MMI. Stay tuned! 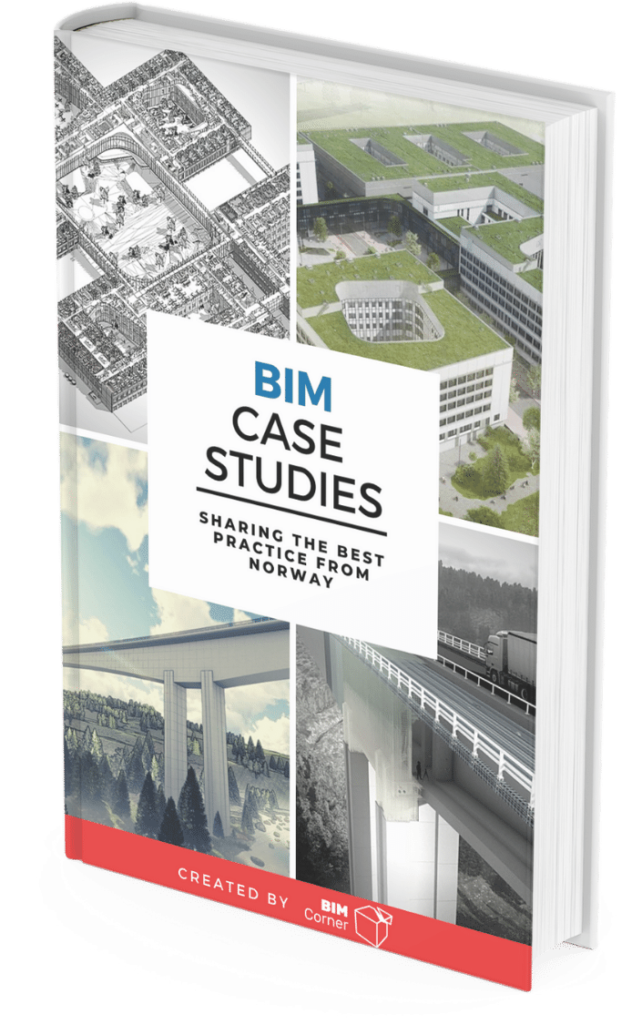 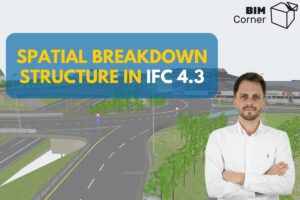 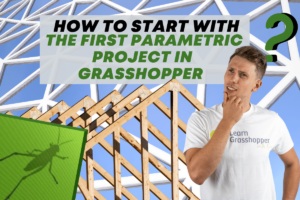 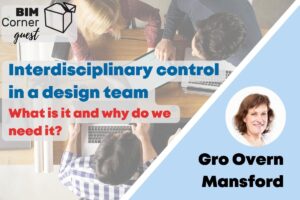 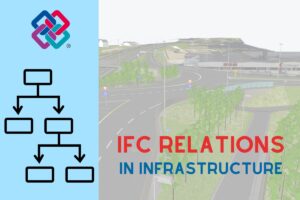 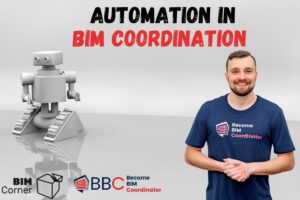